The Martian: focusing on the process, not the outcome 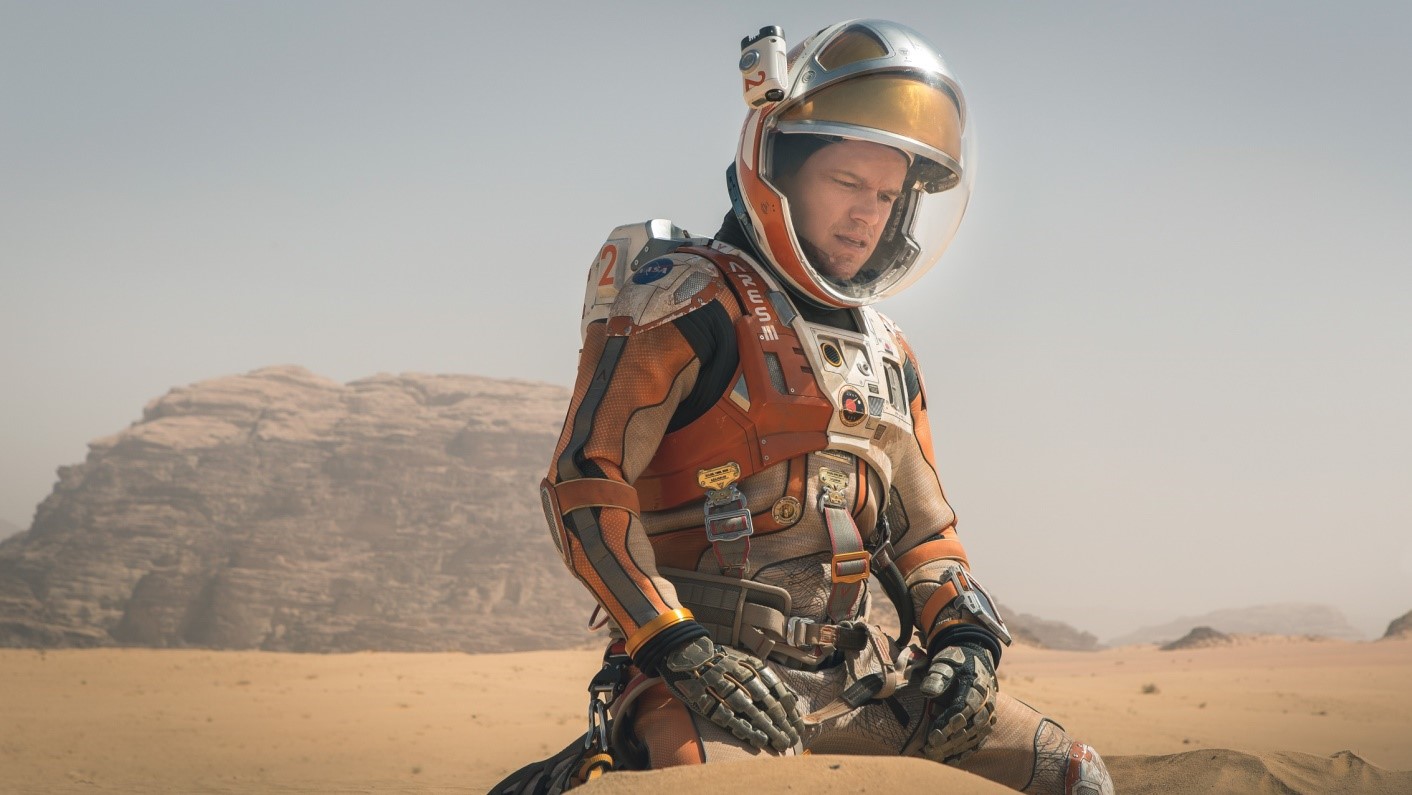 At Mindful Living UK,  we love the movies, and our latest favourite is Ridley Scott’s The Martian.

Based on the novel of the same name by Andy Weir, The Martian focuses on Mark Watney (played by Matt Damon), who, during a windstorm on Mars, is accidentally left behind by his team.

Due to the relative positions of Earth and Mars, the earliest a rescue operation could arrive would be hundreds and hundreds of days – a far longer time period than Watney has food to survive. Staying alive is one aspect of Watney’s adventure, but he also has to keep his sanity despite experiencing extreme isolation. Studies have shown that isolation is detrimental to both our physical and mental health. Chronically lonely people, for example, are more likely to have high blood pressure; develop dementia, Alzheimer’s and infections; and die early. Extreme isolation, such in the case of prisoners, can cause a number of mental health conditions too, including anxiety, mood swings, paranoia, and decreased mental capabilities.

Despite being isolated over 140 million miles away from Earth for an extended period of time, Watney manages to stay resilient and calm – focusing on each immediate step in front of him. Weir told Ars Technica that he purposely avoided discussing the psychological challenges that Watney would have undoubtedly grappled with, instead deciding to give Watney an almost superhuman ability to deal with stress and solitude.

“I didn’t want the book to be a deep character study of crippling loneliness and depression,” Weir said. “There are a bunch of severe psychological effects that would happen to someone being isolated for almost two years. And also the anxiety and stress of being on the verge of death from various problems for so long—most people would not be able to handle that. The loneliness, the isolation, the anxiety, and stress—I mean, it would take an enormous psychological toll. And I didn’t deal with any of that. I just said like, ‘Nope, that’s not how Mark Watney rolls.’

Deliberately omitting the consequences of extreme isolation may initially seem like an inaccurate depiction. However, in fact, Weir and Ridley Scott were not entirely wrong in their depiction of Watney’s emotional health. In addition to their intelligence, training, and expertise, astronauts like Watney are specifically chosen for missions like these because of their above-average displays of mental and emotional resilience, and determination.

Dr. Jim Green, director of NASA’s planetary science division, and who Ridley Scott consulted to ensure every aspect of the film is as realistic as possible, said, “I see that determination in our scientist and our engineers, and that is an absolutely essential characteristic of our astronauts. Just as important if not even more important than a high IQ…[Astronauts] would have better coping skills [in such emergency situations, such as severe isolation]. That’s one of the things that NASA looks for in their astronauts.

What can we learn from Watney’s superhuman ability to be mentally resilient?

In the film, Watney said:

Part of being mentally resilient is about focusing on the process and less on the outcome – it’s another way of saying “it’s about the journey, not the destination”. When faced with an apparently difficult and impossible destination, such as being stranded on Mars, it is better to break the problem up into manageable parts and focus on each next immediate step. If you’re anxious and caught up in the outcome, it may paralyse and prevent you from moving forward and carrying out the next necessary step that is within your control.

Why focus on the process and not the outcome?